The Christian Association of Nigeria on Monday talked tough on the Muslim-Muslim presidential ticket of the All Progressives Congress, insisting that its opposition to the ticket remained unchanged.

It also said it had not reached an agreement with the APC presidential candidate, Bola Tinubu.

There was a report on Monday that Tinubu met with the leadership of CAN over the controversy that arose from the party’s choice of a Muslim-Muslim ticket for the 2023 general elections.

Tinubu selected a former governor of Borno State, Kashim Shettima as his running mate, a move which angered the Christian population in the country.

Debunking the report of the agreement between Tinubu and CAN, the Christian body in a statement on Monday maintained that it had not changed its stance on the contentious Muslim-Muslim ticket.

The statement signed by the Special Assistant on Media to the leadership of the association, Luminous Jannamike, was titled, ‘Muslim-Muslim Ticket: CAN maintains its position.’

The association also warned that Tinubu’s presence and donation at last week’s 70th birthday of Catholic Bishop of Sokoto, Most Rev. Matthew Hassan Kukah, should not be seen as a financial inducement bribe to pacify the Christian community.

The statement partly read, “The attention of the leadership of Christian Association of Nigeria has been drawn to a media report titled, ‘How Tinubu met, resolved Muslim-Muslim ticket with CAN’, which claimed that the apex Christian body had changed its position regarding the same faith ticket.

“To say the least, the story is ridiculous, malicious, untrue and should be disregarded in its entirety by all reasonable members of the society.

“For the records, CAN took a position against the same faith ticket imbroglio under the leadership of Rev. Dr Samson Ayokunle, its immediate past national president and as a matter of fact, His Eminence Archbishop Daniel Okoh, stands on that same position.”

The Director-General of Asiwaju Tinubu-Shettima Coalition for Good Governance, Adebayo Shittu, had praised his principal for honouring Kukah at his 70th birthday celebration.

Shittu stated that Tinubu’s presence and brilliant delivery at the occasion had inevitably shamed and silenced the critics of his Muslim-Muslim ticket.

The former communications minister told our correspondent that the national leader of the All Progressives Congress literally was the cynosure of all eyes at the event.

Shittu made the statement on Sunday, while dispelling insinuation that Tinubu’s recent visit to former presidents Olusegun Obasanjo and Goodluck Jonathan was a subtle attempt to reach out to Christian political leaders.

According to him, his principal would not hide under the guise of any religious smokescreen to reach out to relevant politicians who could aid his campaign.

He said, “I don’t think he visited them because they are Christians. He met them in the capacity of former presidents.

“Of course, you saw how Tinubu became the centre of attraction at Bishop Kukah’s 70th birthday. He has taken the shine off those calling for Christians to vote against his candidacy.”

But the Christian body in its statement strongly condemned the attempt to make political capital out of Tinubu’s presence at Kukah’s birthday celebration in Abuja, the nation’s capital.

“The event was public and the friends of the celebrant and other good-spirited Nigerians donated to the building of The Kukah Centre, which is designed to be a veritable platform to propagate and promote the ideals of democracy and responsible leadership through research and intellectualism.

“The donations, which went directly to The Kukah Centre, have nothing to do with CAN. It is therefore mischievous to insinuate it was a sort of bribe money for Christian leaders to make a u-turn on its stance against the same faith ticket.

“For the umpteenth time, the CAN reiterates that it is non-partisan, but remains willing to partner with all leaders and other relevant stakeholders towards achieving unity, peace and progress in our nation,” the statement said.

It reiterated that despite not agreeing with every decision taken by politicians and political parties, it respects their right to reach conclusions on issues that affect their electoral fortunes so long as they accord with the provisions of the 1999 Constitution (as amended) and Electoral Act (2022).

While calling on political parties and their candidates to put the nation first in their considerations and prepare to serve with humility, CAN maintained that its conscience cannot be bought and its prophetic voice cannot be silenced with money.

But the Director of Media and Publicity for APC Presidential Campaign Council,  Bayo Onanuga, said it is easy for anybody reading the publication to know was a figment of the writer’s imagination.

He said, “I read the report too. That paper was just speculating. If you read that story, you will discover we didn’t speak with them. Another publication has done a similar thing like that before where it claimed “Tinubu met with Adeboye at Redemption Camp’ when nothing like that happened.

“It is just mere speculation. I don’t know why CAN is even reacting to things like that. Anybody who read it will know it was fabrication.”

On his reaction concerning CAN’s position that Tinubu’s presence and donation at Bishop Kukah’s birthday was not an endorsement of the contentious Muslim-Muslim ticket, Onanuga declined further comment.

“We don’t want to join issues with CAN. As far as we are concerned, we have put this issue behind us. We don’t want to be seen arguing with CAN on the pages of newspapers. All we know is a lot of people have explained our position to the Christian body.

“We have spent time explaining our ticket to everybody including CAN and the Muslim community. I think we have done enough and would like to join issue with CAN,” he said.

Reacting to the characterisation of his principal in an interview with The PUNCH on Monday, Jones said Onanuga was conceding defeat too early.

He said, “Onanuga is conceding defeat too early. His statement is an admission of the obvious fact that Peter Obi is dominating the social media, and the truth is that the social media is where the majority of Nigerians, especially, the youths, who constitute a larger number of those who will be voting in 2023 vent their opinions.

“Fortunately for us in the Peter Obi camp, we are maintaining an unassailable lead on social media. This is the same way we are going to win the election.

“Peter Obi is a creation of Nigerians. He is popular because the people of Nigeria are convinced with the message of hope for a new Nigeria which he represents.

Arguing further, Jones noted, ‘’The social media is not in Mars, it is a communication platform used by Nigerians and these Nigerians are leaving no one in doubt about whom they wish to support as their President in 2023.”

In another development, the All Progressives Congress on Monday said the opposition Peoples Democratic Party is in a panic over the recent visit of the APC presidential candidate to former President Goodluck Jonathan.

The PDP had reacted to the closed-door meeting between the two statesmen, which the camp of the former Lagos governor said was in continuation of his nationwide consultation with critical stakeholders.

According to the PDP, the move was a ploy by both Tinubu and his running mate to distance themselves from the alleged failure of the President, Major General Muhammadu Buhari (retd.).

In a statement released on Monday by the APC National Publicity Secretary, Felix Morka, the party accused the hierarchy of PDP of pressing the panic button because they were intimidated.

“Again, the PDP proves itself as a party afflicted with chronic myopia, lacking in vision and incapable of recognizing the imperative of elevating the common good of our country above partisan quibbles. That party’s obsession with puerile partisanship blinds it to existential and strategic opportunities to heal old wounds, mend fences, and build bridges of national unity and harmony. Sadly, the PDP would rather fan the embers of hate and division.”

Morka stated that Tinubu’s consultative visit to the former President was a strategic move for national unity and cohesion, adding that it was a move worthy of commendation and emulation.

According to him, the ‘infantile’ outburst on the parley of the two political leaders by the same PDP that claimed to be on a self-styled mission to unify Nigeria only betrays the party’s extreme hypocrisy and folly.

“The PDP’s track record of 16 years of misrule, corruption and squandermania remains indelible in the consciousness of Nigerians. Contrary to PDP’s laughable claim that the duo of Tinubu and Shettima are distancing themselves from President Buhari’s administration, it is on record that this government deftly managed two economic recessions and pulled the nation back from the precipice where PDP’s years of atrocious rule left it hanging precariously.

“Our party and its presidential candidate are seeking the mandate of Nigerians to consolidate on the foundation of restoration and greatness that has been laid across all sectors by the Buhari administration. The PDP and its co-peddlers of hate and disunity cannot stop this noble aspiration,” he said. 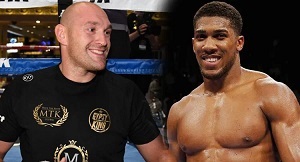