There was an uproar in some parts of Abeokuta, the Ogun State capital, on Saturday, when a factional governorship candidate of the Peoples Democratic Party, Ladi Adebutu, retrieved his operational vehicles from his former loyalists.

Our correspondent gathered that four cars were retrieved from former loyalists who left his camp ahead of the 2023 elections in the state.

It was gathered that Adebutu had retrieved two of his operational vehicles from a former vice chairman of the party, Leye Odunjo, and one from the party chairman in Odogbolu, Cornelius Ojoye .

But, there was an uproar on Saturday when Adebutu directed his officials to retrieve a Sienna vehicle from a former party chairman in the Obafemi-Owode Local Government Area, Muyiwa Ojebiyi, who had left his camp.

Adebutu’s men reportedly stormed the residence of Ojebiyi on that day and retrieved  the car.

Ojebiyi, in a terse statement on the development shared on social media, confirmed the incident.

The statement read, “ I want to notify the whole house that I received today the team Lado (Adebutu) sent to my house to retrieve the Sienna car, to God be the glory, I handed it over to them without any scratches whatsoever. They are three members, one Ladi CSO, Toaster and one Mrs Coker from Odeda. Thanks and God bless.”

The Publicity Secretary of the party in the state, Akinloye Bankole, confirmed that the cars were retrieved from the former party leaders.

Bankole said, “Yes it is true. It happened yesterday (Saturday) when Hon. Ladi Adebutu instructed his officials to retrieve his Sienna bus he earlier gave out to the former party chairman, Obafemi-Owode, Muyiwa Ojebiyi.  The vehicle was given to him and others as project vehicles of Ladi Adebutu Development Organisation.

“As of the point of leaving the organisation by pitching their political support with another person, it is properly right to have relinquished all the property and the organisation materials in their custody.”

Bankole described the public statement by Ojebiyi as an attempt to whip up sentiment, saying Adebutu’s action had precedents. 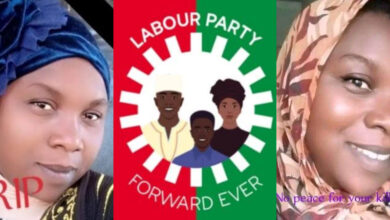