SSANU described the union chairman, Dr Dele Ashiru, as “hypocritical and insensitive” over comments against the registrar.

The association also lamented that the institution’s finances were being run aground by a cabal, urging the Chairman of the Governing Council, Dr Wale Babalakin, to overhaul the system.

Our correspondent had reported that Azeez gave queries to some principal officers, including the Vice-Chancellor, Prof. Oluwatoyin Ogundipe; the two deputy vice-chancellors, Folasade Ogunsola and Oluwole Familoni; a former VC, Rahamon Bello; a former Registrar, Taiwo Ipaye; a former Deputy Vice-Chancellor, Duro Oni, among others.

Azeez, who is the Secretary to the Governing Council, acted on the instruction of Babalakin.

In a dramatic turn of events, the registrar was also served a query by the VC after Azeez issued a statement against ASUU; the latter had criticised the council chairman.

The ASUU chairman, in a statement, had said Azeez was not fit for the office he occupied.

SSANU, while reacting to the ASUU chairman in a statement on Tuesday, said the registrar had not done anything wrong by sending internal memos to principal officers as instructed by the council.

The association said the face-off between the management and the university’s council was a result of Babalakin’s dissatisfaction with the handling of UNILAG finances.

The union said the varsity’s Internally Generated Revenue, which was probably the highest in Nigeria, did not match up to 60 per cent of staff welfare and projects on ground.

“This is the type of system the staff and unions (academic and non-academic) have imaginatively and accurately viewed as supporting a set of cabal on and out of campus at the expense of proper reward and remuneration of majority of the workers.

“The face-off has led to an open sore, which has degenerated to muscle flexing between management and council, with the university registrar hanging between the devil and the deep blue sea as he is management’s chief administrator as well as council’s secretary.

“In the absence of council, he has to be loyal to the management of the university. However, immediately council is involved in an issue, his official loyalty automatically shifts to council, which is headed by the council chairman.

“Again, the issue is systemic. The registrar has to be seen as being officially and naturally going along the path of the theory of playing position. He has played the role of the position in which he found himself. It is, therefore, hypocritical and insensitive, as well as a demonstration of lack of logical reasoning for the ASUU chairman to have castigated the registrar so nauseatingly,” SSANU stated.

The union said workers were angry at the attitude of past UNILAG vice-chancellors to issues of promotion of staff and welfare of students and workers.

“All of which most workers have deemed to be low compared to the income of the university, a situation that has caused silent but flaming psychological angst against past administrations. Where there are needs for amendments, the present management should do this,” the statement said.

Ashiru, in his reaction, doubted that SSANU issued the release.

He said all the four unions on the campus were united on the matter.

The union leader, who said he respected the office of the registrar, noted that the occupant had derailed by defending the pro-chancellor and attacking ASUU.

“The group should be reminded that the registrar they are defending and the bursar are not only members of SSANU, they are also members of the same management they are now castigating.

“ASUU’s unequivocal position is that whoever is guilty of any offence should be properly dealt with, but this must be done within the confines of the law.

“It is laughable that this faceless group in SSANU is now talking about welfare issues when in actual fact, ASUU is the union that is always championing welfare issues as well as the survival of the university system.

“Let it be known that all workers in the university system whether academic, administrative or technical, suffer the same fate when the system is corrupt and inefficient.  SSANU should not allow this faceless group to derail our collective revolutionary attempts to sanitise the University of Lagos system beginning with our strong objection to the tyrannical, dictatorial and highhandedness of the university pro-chancellor,” he added.

Ashiru said he believed the release was a ploy to divide the unions in the institution. 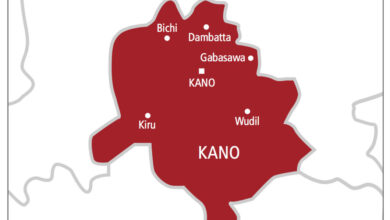