Chuba Akpom is looking forward to making his debut for Nigeria after pledging his international allegiance to the former African champions.

The 24-year-old announced his intention to play for the Super Eagles in September 2019 after previously representing England at youth levels.

Akpom, who scored 21 goals in 42 appearances across youth levels, is determined to fight his way into Gernot Rohr’s side.

“I just pledged my international allegiance to Nigeria and it definitely motivates me to try and press and play every game for my club and help the team as much as possible to get in the (Nigeria) national team because that’s how I’m going to do it,” Akpom was quoted in an interview by Fox Sports.

“Firstly, I have to fight for my club to get on that team. It’s not going to be easy because there are many young players but I’m up to the challenge and I hope that I would be selected soon. I’m ready to help the national team.

Akpom, who won the double in his maiden season with Greek club PAOK following his arrival from Premier League club, Arsenal, reflected on his success so far at the club.

“The previous season was a very special one both for the club and me. I never expected to win the double before I came here. I wanted to help the team be successful, but to win the double, I’m very proud of this.

“I helped the team to do it and scored in the Cup final, the feeling was amazing, probably the best highlight of my career so far,”he added.

“We set the standards so high from last year, so in the new season we want to try to do exactly what we have done before: become champions again and hopefully go for the Cup once more. It’s not going to be easy, but we are on the right path right now and hopefully we can do that.” 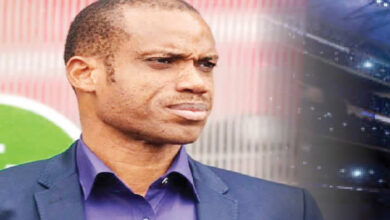